US Foods approached Beyond Design to develop a proprietary system to dispense plastic disposable cutlery. The system had to provide a hygienic and universal solution that dispenses any combination of forks, knives, and spoons in a single, compact package.

An automatic plastic cutlery dispenser that limits the spread of germs, reduces consumer waste, and enhances the user experience.

Discovering a Solution Through Research

To better understand the entire eco-system for disposable plastic cutlery, designers conducted field research by interviewing and observing various stakeholders at hospitals, food courts and specialty catering services, including: cafeteria managers, maintenance crews, regular users, and occasional users. Starting with an understanding of how people interact with machines, designers identified particular characteristics that were critical to the success of the new cutlery dispenser. Based on the research findings, designers focused on the following key attributes when designing this product solution:

•   Create a touch-less cutlery dispenser without batteries or electronics.
•   Create one universal mechanism that would handle all of the different shapes and sizes of cutlery (fork, knife, and spoon).
•   Create a cost-effective packaging that would hold 300 pieces of cutlery.
•   Make the design friendly and intuitive to operate. 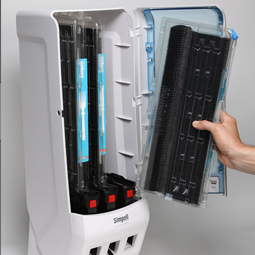 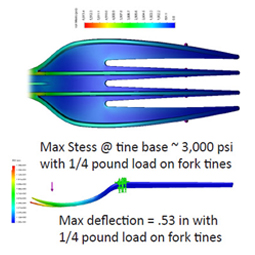 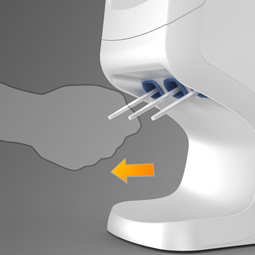 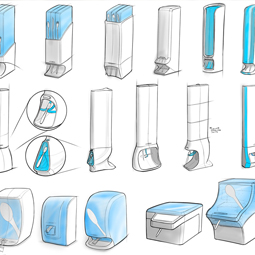 Through prototype and CAD development, we were able to identify the ultimate mechanical operation and reduce the material on both the unit and utensils. Initial breadboard prototypes were constructed and used to confirm mechanical operation for the reservoir and vacuum-formed cartridges. The Simpull Touch™ & trade; Touch gravity-feeds each fork, spoon, or knife into three dispensing chutes. Compared to the competition, which can store only 140 units of just one utensil, each cartridge on the Simpull Touch™ & trade; dispenser includes 100 utensils allowing the entire unit to hold 300 separate utensils.

The reservoir delivery system is designed to accept a proprietary designed fork, spoon and knife, all using the same delivery mechanism. There are no electrical components or batteries in the product. The user simply pulls the handle tail’ of the selected utensil out of the machine and other utensil drops into place.

Each Simpull Touch™ unit can be filled with any combination of three cutlery cartridges (fork, knife or spoon) so each establishment can fill the unit to its usage needs and change-out as their menus change. The designers chose to include icons and Braille on the handle ‘tail’ to depict whether the utensil is a spoon, fork, or knife. In addition, since the user only touches the cutlery that s/he will be taking, the spread of germs is greatly reduced.

The Simpull Touch™ dispenser is a revolutionary design that is significantly changing eating establishment delivery systems and their attention to hygiene. The delivery of individual pieces has proven to reduce cost by reducing waste, as well as maintain an organized and clean environment. 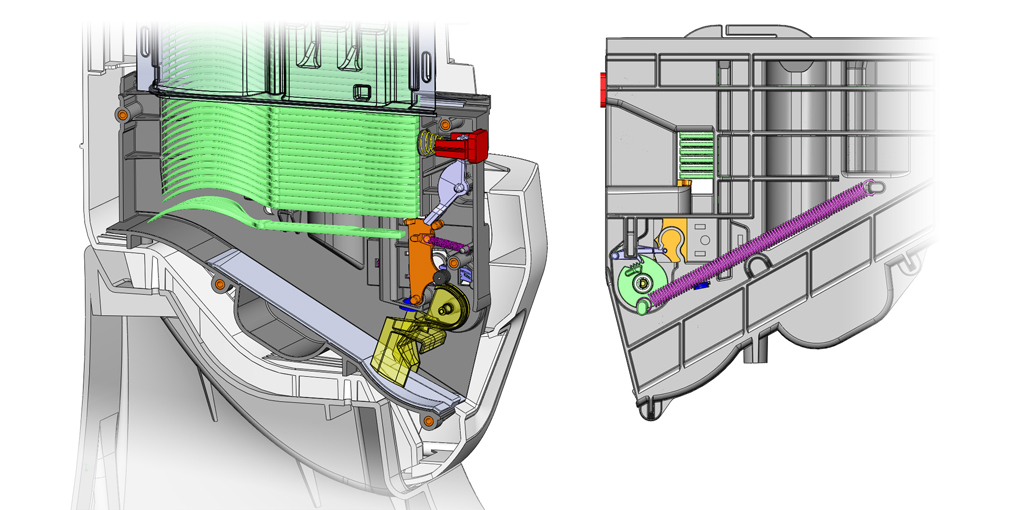